How Could Hell Be Any Worse? is Bad Religion's first full-length album and was released in 1982. It was financed partly from some money left over (after having paid back the borrowed money) from the sales of the first EP and partly by a $1,000 loan from Brett's father. They brought in Jim Mankey (guitarist of Concrete Blonde) as a producer, who they knew from mastering their first EP at Gold Star. The studio that was used to record this record was Track Record on Santa Monica Boulevard. Having no money, they wrangled a deal to record at Track Record for free. They worked for two nights in a row (October 31st and November 1st 1980), working from midnight to about 7 a.m. in the morning. They recorded 7 songs during the first night, including Fuck Armageddon... This Is Hell. The second night was used to mix the songs.

In November 1980 they continued writing songs for the second recording session.

Then, without any warning, Jay Ziskrout quit. According to Greg Graffin: "[I]t was for some really stupid reason. Like 'you guys don't listen to me enough, fuck you, I quit.' He walked out of the rehearsal studio, and left his drums and everything. We're halfway finished with 'How Could Hell Be Any Worse', and Bad Religion was without a drummer."[1]

Pete Finestone, who was Jay Ziskrout's friend and roadie and knew all the songs anyway, came over (he was a fellow San Fernando Valley punk kid, but from a different high school) and basically forced himself on BR. He knocked on Greg's door and said, "Hey, I hear you need a drummer". Greg didn't even audition him, just said, "Okay, we have a drummer".
After some quick practices in the Hellhole, they returned to the studio (about 2 months after the first recording session) and finished recording the album over the weekend.
Brett and Jay Bentley had better equipment than on the first session. Chet from Wasted Youth came by, as well as Steve and Frank from The Adolescents. Lucky Lehrer was there and Johnette Napolitano was there every day. 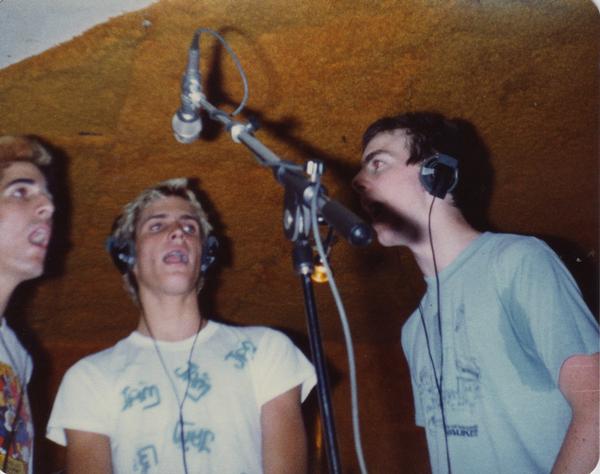 On January 19 1982 How Could Hell Be Any Worse? was released. It made the new wave charts in the LA Weekly.
They drove the LP around to the stores but there were also a few dealings with distributors (Green World, Bomp, Gem).

Originally only 6,000 copies were pressed, but the record sold much better than expected - almost 10,000 copies within a year - and eventually reached 12,000 copies. Not only did they personally stuff all the albums by hand, but to relieve the tedium, they sometimes wrote little notes on the sleeve or autographed copies.
Brett stole most of the money they made from the album to buy drugs, and then, while he was working at the Chameleon label, he made another pressing of the album without the rest of the band's knowledge, sold them to Chameleon, and never accounted for the money. It took them four years to get the album back from Chameleon, to whom Brett had licensed it. It then was placed on the BR compilation 80-85.
The first pressing of the album was pressed in the UK and distributed in the US by Suite Beat. The first and second pressing both say © 1981 as the copyright date.

Professor Stone wrote in 1995 (in the liner notes of the bootleg Radiation Hazard) that the album "nowadays is looked upon as being one of the greatest American punk albums ever".

According to the record's credits, Pete plays the drums and timpany and Jay plays the timpany on some tracks. Pete's surname is misspelled "Fienstone". Johnette Napolitano gets thanked as does Greg Hetson (for guitar on Part III). "Pity" is spelled properly in the liner notes.

The album was reissued in 1988. The only difference between the original and the later edition is the catalog number and Epitaph's address (the original had a "Ventura Blvd" address and the reissue had a "Sunset Blvd" address). It came with a 23x11" double-sided poster-insert with lyrics and band-photography included.

All tracks from the album were re-released on 80-85 (along with the tracks of the two EPs).

On 4/6/2004, a remastered version of the original album was released. It was also named How Could Hell Be Any Worse?, while containing all the tracks from 80-85, and thus replacing this compilation record. The album is tracks 1-14 on the compilation. 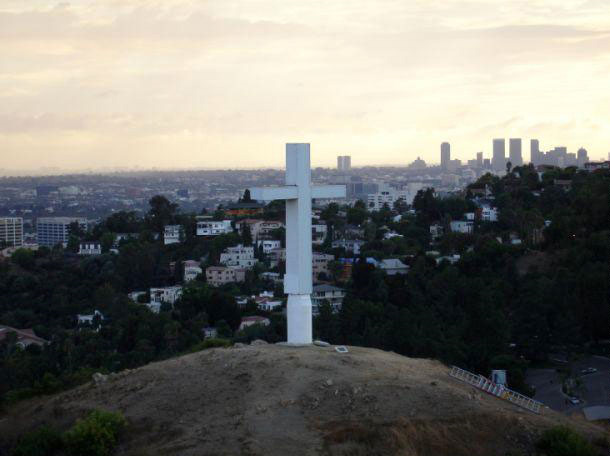 The image on the backsleeve is a wood engraving illustration by Gustave Doré (1832 - 1883), a French artist, engraver, illustrator and sculptor. Doré worked primarily with wood engraving and steel engraving. Here depicted is a scene from Dante's The Divine Comedy, which is widely considered the central epic poem of Italian literature, and is seen as one of the greatest works of world literature. This theme was later referenced by New Maps Of Hell, where two other illustrations from this set were used as artwork.

The live photos on the insert are from Godzilla's opening night on 12/4/1981.