Pearl Jam | The Answer | The Bad Religion Page - Since 1995
Quote of the day: "The process of belief is an elixir when you're weak." - Materialist
Pearl Jam
Home > The Answer > Pearl Jam
Join discussions about this article in our Group on Facebook

Pearl Jam is a Seattle, WA based grunge rock band, formed in 1990 as Mookie Blaylock. They are fronted by Eddie Vedder, who is a Bad Religion fan.

Bad Religion supported Pearl Jam on the United States leg of the Vitalogy tour during the Summer of 1995. Half of the twelve shows were cancelled as Pearl Jam had trouble booking venues unaffiliated with TicketMaster (Pearl Jam had a long running fued with the company).[1] Not taking place were the shows on June 17 in Salt Lake City as well as the dates from June 26 (San Diego) through July 4 (New Orleans). 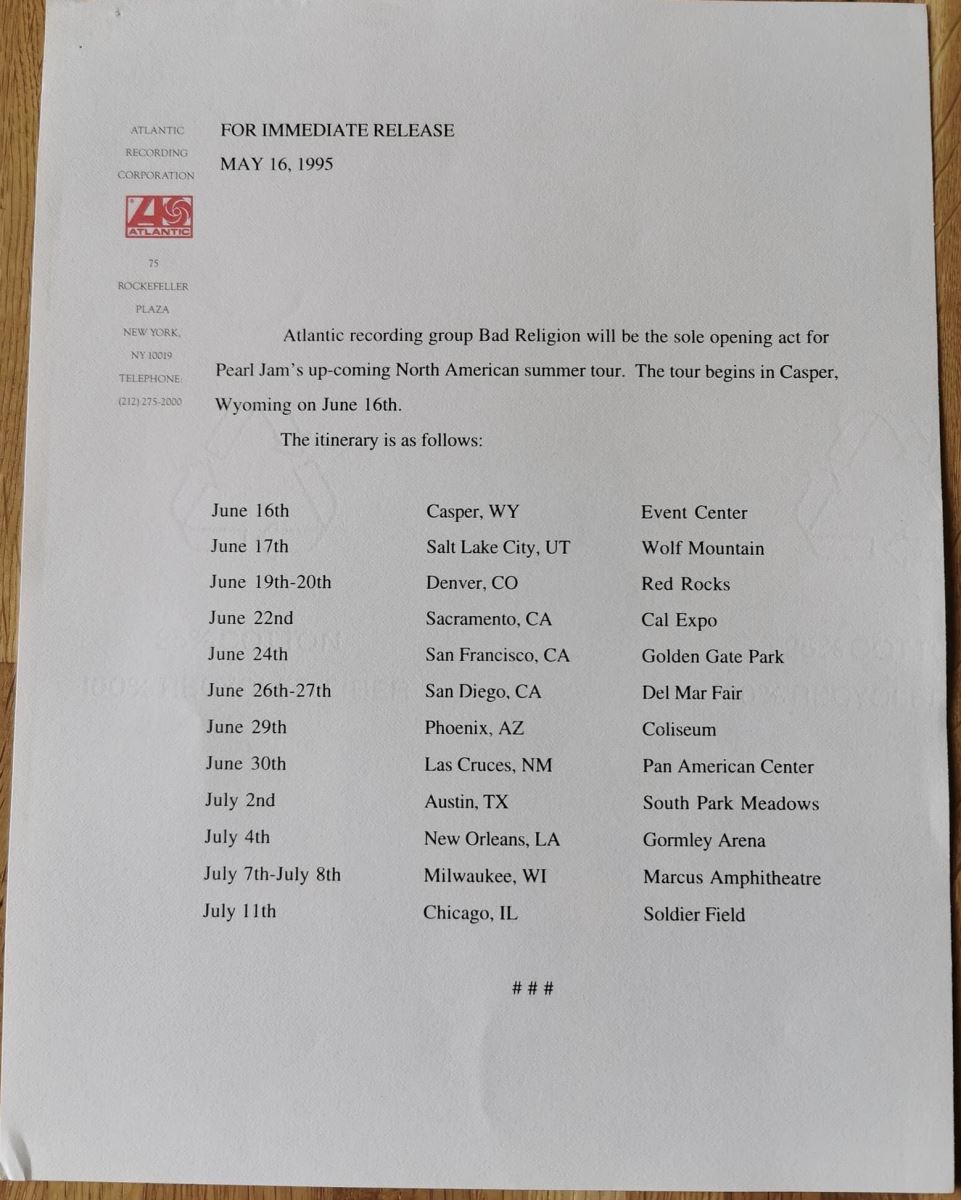 Bad Religion opened for Pearl Jam again for two nights in 2009 on Oct 30-31 at the Wachovia Spectrum in Philidelphia, PA. Greg and Eddie performed "Watch it Die" on stage together.[2]