In their song "1994" (2009) they mention a few punk albums from that time period, including STF ("I forgot to mention Stranger Than Fiction").

For their 2010 album "Eradication" they used the same font as BR.

Atom and His Package

A synthpunk band with Adam Goren as the sole member. He recorded a song called "Punk Rock Academy", which features the following line:

A no more existing German punk band that has a reference to Bad Religion in one of their songs called "This is forever" from the album "Wir, wohin und wann" (2006). The final verse goes like this:

It's [L.A.] also got some great bands
NOFX, Bad Religion 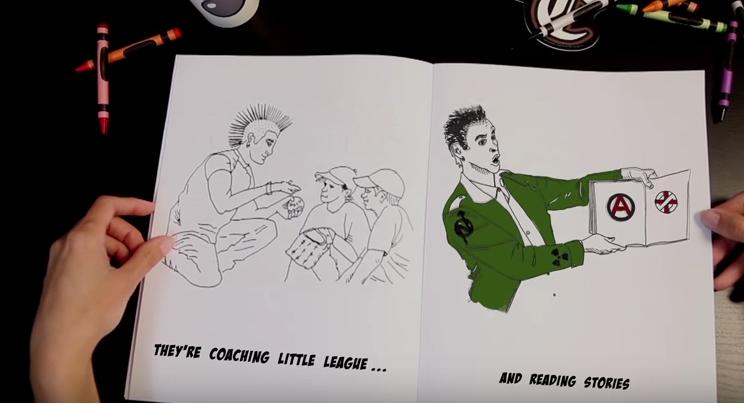 No major labels, they really suck
Except for Bad Religion, can't get the sticker off my truck

Bad Religion is her brand
Brett is back in the band

In the music video for their song "Betrayer" (1989) one of the members is wearing a crossbuster t-shirt.

Epitaph, you make us cry and laugh
As you kick back and rake in the cash
You're the chief magnet of the music money machine
And you could say you fucked up the scene

A German band who for their 2011 "Sucker" release created an album cover inspired by Bad Religion's Suffer. 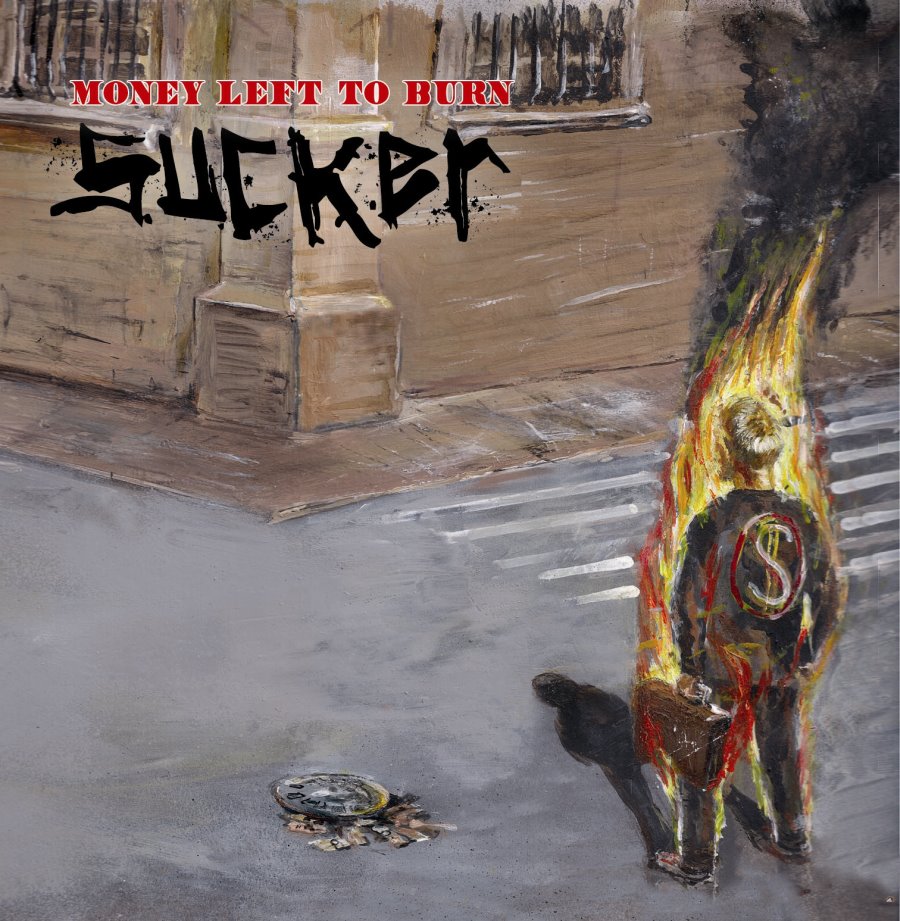 They released an EP entitled "Surfer" in 2001. Both the title and the whole artwork of the 7" are a parody of Suffer. Also, the NOFX logo and the title logo use the same font as BR and Suffer. The etching on the vinyl says, "The Masses Of Humanity Have Always Had To Surf...".

That's Melvin on 6 string
"Some tell me I can't sing"
Oh, I think you can, just don't do it around me
Stick with what you know, playing guitar solo
With Hetson and Watt in Punk Karaoke

The song "We Got Two Jealous Agains" ("The War On Errorism", 2003) features the line:
"We both had the first pressing of 'How Could Hell Be Any Worse'".

I am a huge fan of Bad Religion
I even bought a brown Fender Precision
Signing to Atlantic was a really bad decision
Now they're back on Epitaph, hey

On the back of their live album "They've Actually Gotten Worse Live!" (2007), the painting of the band shows Fat Mike wearing a crossbuster shirt.

In 2010 they recorded a song called "Kill Us if we start to sound like Bad Religion." Felix Alanis: "Sort of a 30-year anniversary tease...". The song is released as a bonus track on their late 2011 self-titled 7", which features some early 80's songs.

Kill Us, If we Start to Sound Like Bad Religion
A million hits
For a song called Sorrow
So many kids
Will regret tomorrow
A PHD
Is no testament
I Can't relate
To that environment, so

SoCal hardcore band. Their last album (released on Geffen 5/27/1997) has a track (#13) titled "Mr. Brett" and is pretty much a song dedicated to slamming Brett for being a corporate sellout.

Born into the middle class
Yeah, all you had to do was ask
And mom and dad would give you what you needed
And though I didn't know you then
I know you'll probably defend
And take the stand in the life that you'd been cheated
So you adopt a punk rock life
A leather jacket, hair with spikes
And join a band
'Cause you must have a say
And though you helped out with it that time
There's those of us, who keep on
Trying to make a living and not sound like Green Day
Trade rags say you're making it, now you're old
You don't give a shit.
Subconsciously fullfilled prophecy you've become your own nemesis

Mr. Brett, we won't pay that fee to keep you
Livin' in luxury
Some say genius, some say mistake
But you've become what you used to hate

So now we're in the 90's and punk's not what it used to be
It's gone downhill since 1982
And though I liked most of your bands
And listen to them all I can
It's fucked up that you think it's 'cause of you
You think that you're still part of the scene
Nail painted black, hair dyed dark green
For you this mid life crisis has come on strong
Now punk rock's been accepted
And they've realized it's not just a fad
Please, stay behind that desk where you belong
Punk rock life's been good to you
Now Corporate punk's the thing to do
Obnoxiously, you raised your fee,
You'll see to it we'll all get screwed.

Next to the regular cover print for their 2005 album "From The Start", there were 81 pieces released with a Suffer rip-off cover on the record relase show in Ibbenbüren (Germany). 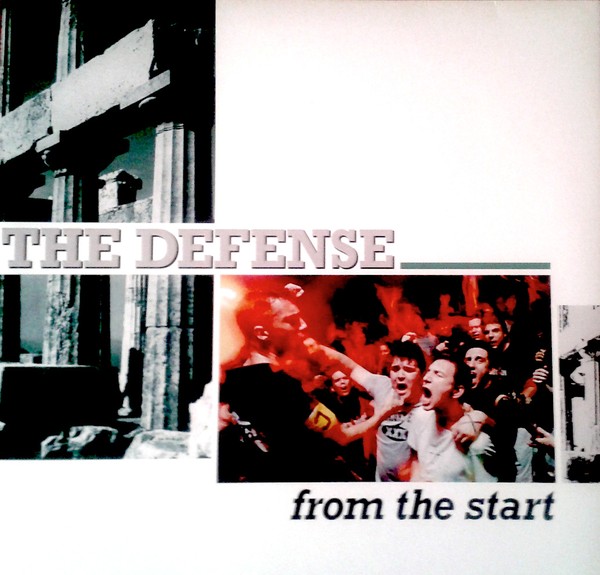 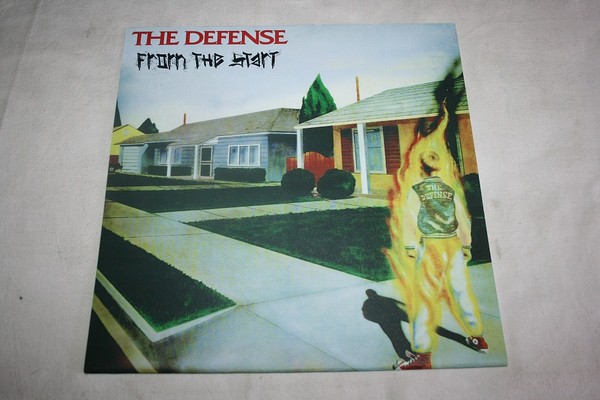 They have a song called "Color Me Badd Religion" from their album "One Big Inside Joke" (1995):

Hello, my name is Greg, I teach at UCLA and I'm the singer for a punk-rock band. I write three-chord songs that sure aren't very long and use big words no one understands. And my bands' been around for days, that's why we have guarantees. "I've seen a lot of things in 5 years. I struggle just to hold back the tears, but every-fucking-where I go…" little brother, don't you know that I follow all emotion with a "fuck"? My hairlines receding rapidly, but I still go Against The Grain and screw society. Mr. Brett's a millionaire and icon for the businessman, and our generation will follow. We're no simpletons, not Bad Religion, but I hope you don't think we're lame 'cause all our songs sound the same. I always loved punk rock, now I got my Ph.D.; we'll never prevail with simplicity. Blender! 6, 9, 4, 12, 18, 7, hike! All harmony makes big money. Voice of God is Government; Fuck Armageddon. How Could Hell Be Any Worse? Just Suffer listening to my big words, I'm just a impulsive thesauratic entity. Go To Hell With Superman. And I'll count in all of our songs. Our words and music are interchangeable, before too long… major label, because by then we'll be the mainstream. Gang-bang, big-brunch, you know there's no free lunch. Sometimes I like Captain Crunch, but right now I feel like…