Graffin: "This album maybe has a little more emotion in it. [It] talks about the struggle of being an individual person in a society and in a race of human beings that is intolerant of individualism."

Greg Graffin started writing songs for The Gray Race while still touring (as usual), and by the end of the tour the album was pretty much finished, although he continued the process back home in Ithaca (he has a studio in his home). He sent preliminary versions of the songs to the other band members to know their opinions (which he didn't do with the previous records) and then Brian Baker and Bobby Schayer joined him to play them for the first time and build on them. Greg said that ultimately made a huge difference in the quality of the songs.

Greg said that when you're a co-writer you have to compromise, and with Brett gone, he felt liberated to be able to explore elements that he hadn't explored. By the time they went into the studio for The Gray Race, Greg had 23 songs. [Source needed!]

Brian wrote maybe 40 - 50% of the music on The Gray Race. But he and Greg had a lot of disagreements about what Brian wanted to do musically, and Brian just said, “Fuck it, I’ll never write another song” and it was over.

The Gray Race was recorded in October and November of 1995 in New York's Greenwich Village and the famed Electric Lady Studios (set up by Jimi Hendrix), on West 8th Street (it was their first studio work outside of L.A.). Jay Bentley explained on 120 Minutes that it was also the first time they had all been able to fit in one studio for years. To record it they played the songs live as a band, which they hadn't done since How Could Hell Be Any Worse?. Greg explained that in those days it was a matter of economics, they didn't have the luxury of picking the best of several takes. Greg Hetson said that playing together as a unit brought the energy and excitement of the songs back to the surface. Bobby: "It's probably less experimental, but to me it was still the most challenging, because there was so much pressure put on us".

To record his bass tracks, Jay used a Hiwatt SA212 combo into an Electro-Voice EVM12L speaker mounted in in a KK Audio closed back cabinet. The same method was used on all albums from Suffer through No Substance, except Against The Grain. In 2010 he again used the same gear on The Dissent Of Man. 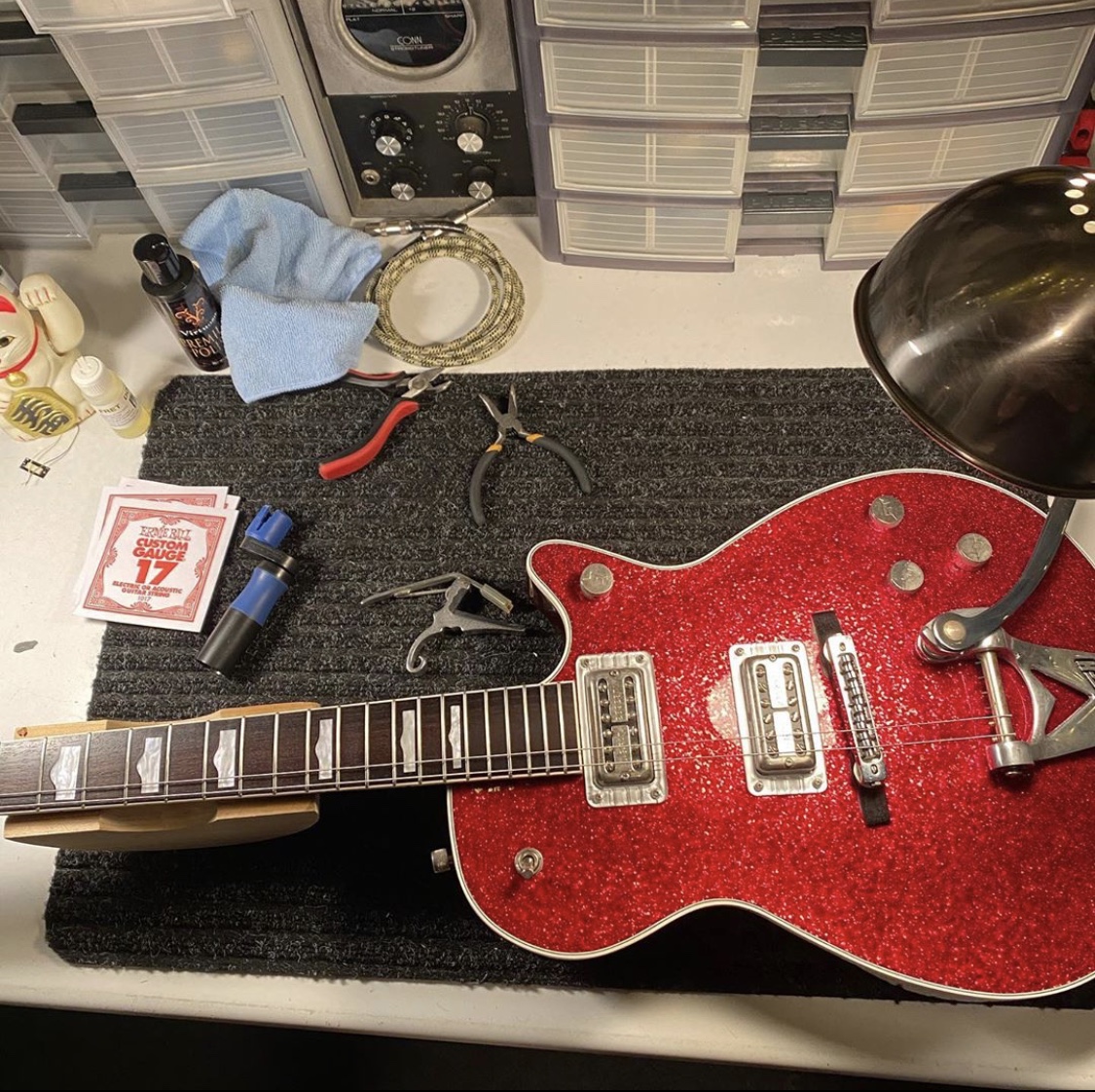 Brian bought this 1995 Duo Jet as his "non-Gibson" guitar for overdubs and clean stuff on the album. He loves the way it sounds.[1]

The record was mastered at Sterling Sound, NY.

Greg Graffin: "The sounds we were using were different, as was our approach to making the record, and that was all because of Ric [Ocasek]’s influence. It was very rejuvenating on an artistic level."[2]

Greg said that he and the band were bored of the sound of the guitars on albums previous. Especially they wanted to really refine Bobby's drums so that it didn't conflict with the guitars. He emphasized the fact that the trademark click pedal drumming is more subdued in The Gray Race than on previous Epitaph recordings. Greg said it is much heavier, harder, better and a lot fuller than Stranger Than Fiction, which is a lot more mid-range. "It was good for the radio. This one's good for listening to on your stereo. The lows are more defined and the highs are crystal clear". "It's almost like a concept album, in that the pieces go together so nicely. It's a much more human album than we've done in a long time. Even though we've always talked about human issues, this one actually has much more emotion in it. Probably just because of personal things I'm going through."

Twelve song demos exist that have been worked out pretty well and almost sound like the songs as they ended up on the album. It also contains different versions of Tested and Strange Denial, which both eventually didn't end up on The Gray Race.

The photographs on the cover and insert are employees of Atlantic Records, taken by NY based photographer Richard Burbridge, who specializes in black & white facial portraits. 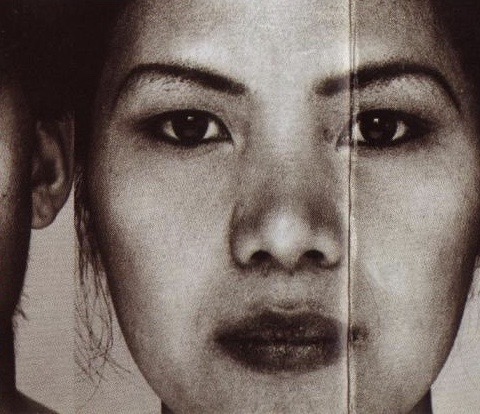 The Asian woman on the cover (she is more prominent on the cassette version), is Marilou De Los Reyes. She worked in finance at Atlantic Records in the mid 90's.[3]

The sleeve of the Punk Rock Song single is a drawing of a boy and a man who have just shot a deer. At first they wanted this to be the sleeve for The Gray Race. They wanted to get a real picture of a deer and a guy in the middle of Times Square.[4]

Brian said that of all the records he had made, the artwork of The Gray Race was the worst.[5]

The Gray Race was released on 2.26.1996. There used to be a commercial regarding The Gray Race on MTV.  When TGR came out, in the UK they made a CD with A Walk, Punk Rock Song, Streets of America and The Gray Race (so they had decided all the singles at an early stage).

It seems that at the time, Brett communicated contradicting opinions on The Gray Race:

Brett Gurewitz said, "I don't care for the Gray Race" when it came out and one year later he added, "I don't like The Gray Race and in fact it is Bad Religion's worst selling record to date even including Suffer and No Control so the fans seem to agree (...) It just sounds like uninspired formula BR to me. I also happen to detest the production of The Gray Race." [Source unknown!]

Jay: "Brett liked the record. Brian and I ran into him in Hollywood before the record came out, he had an advance copy. We talked about it. He thought it was great (which it was / is). I think the guitar on that record is amazing and Greg's lyrics were definitely more personal than ever. I have always thought of the Gray Race as our 'sleeper'."[6]

At the time of its release, Greg Graffin's favorite song of the album was Cease.

The Gray Race peaked at no. 56 on the Billboard 200 and sold 140,000 copies in the U.S., according to SoundScan.[7] The album would earn Bad Religion a gold record for sales in Scandinavia and reach # 6 on the German charts for the single "Punk Rock Song (German Version)".

In 2020, Brian said that the record suffers from bad sequencing.[8]