The New America was recorded in September 1999 in Kauai, Hawaii in six weeks. The record was mixed and mastered in L.A. and finally was finished in late February, 2000. The first song was written in November of 1998.[1] Many more songs were written than actually ended up on the album.[2]

Graffin and Rundgren began communicating around the time of Graffin's 1997 solo album, American Lesion. Bad Religion's manager knew how much Greg Graffin admired Todd Rundgren, so she sent Greg's demo tapes for American Lesion to Rundgren's manager. Apparently Rundgren liked the material.[3]
However,  they didn't get together until it came time to make The New America. On reviewing Graffin's demos, Rundgren's input mainly had to do with the lyrics. He suggested what he calls "a more proactive lyrical direction: Instead of the typical Bad Religion, 'what a bunch of crap the world is' kind of thing, there's more of a sense of 'there's work to be done and let's organize to do it.' At this point, most of the band members have children and things like that. They can't go around acting like they're post-pubescent troubled young men." So Graffin started to rewrite some of the lyrics.[4]

Greg Graffin: "Todd Rundgren was my hero, so I loved working with him. He spent more time with me as a songwriter than almost any other producer and I still love the songs on that album."[5]

On Kauai, Hawaii they set up in a rented space on an old sugar plantation[6] that Brian described as "an old, non-climate-controlled barn that I believe was initially built for the drying and curing of marijuana sometime in the '70s. The current owners are professional photographers, a wonderful couple who thought it would really be fun to have a band come and set up in their garage. But it was completely primitive."[7]

Rundgren: "Well, there are no studios of sufficient size and soundproofing out here anyway. With a band, the loudest thing is the drummer really, especially when you have a drummer like Bobby. So we had to find a place where we wouldn't get a lot of complaints about the noise."[8]

Room accoustics weren't needed because all Rundgren needed was to get clean signals into his Pro Tools Mixl24 system, which he was running on a Mac G4. The entire project was recorded direct to Pro Tools; nothing ever left the computer and no outboard gear was used. All signal routing and levels were set via a Digidesign Pro Control console. They were calling it the $50,000 mouse.[9]

Brian used a Fender Stratocaster, a '66 Telecaster with a rosewood neck and a few Les Pauls. Normally he uses more guitars, but when he realized that the guitars would be plugged into a computer that works with zeros and ones, it was clear that the tone of the guitars were not important.[10] 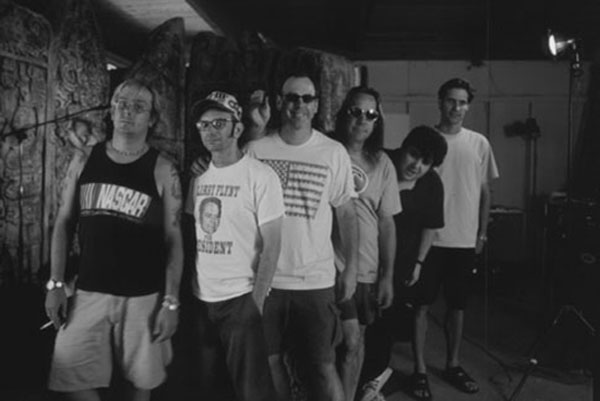 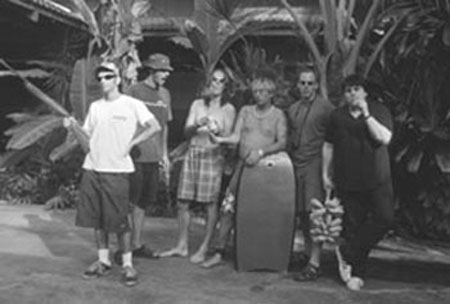 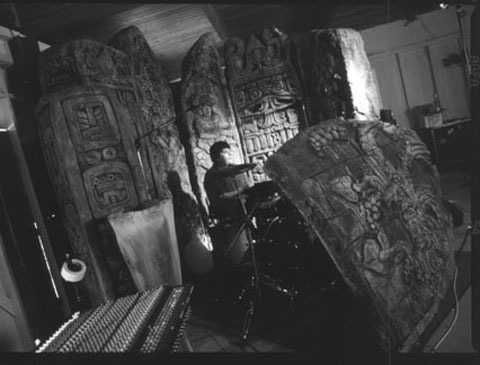 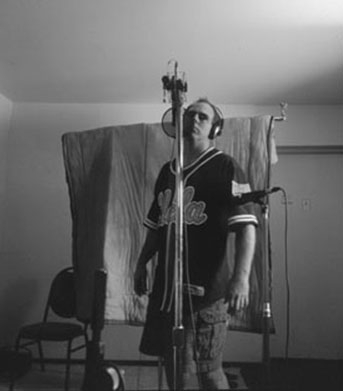 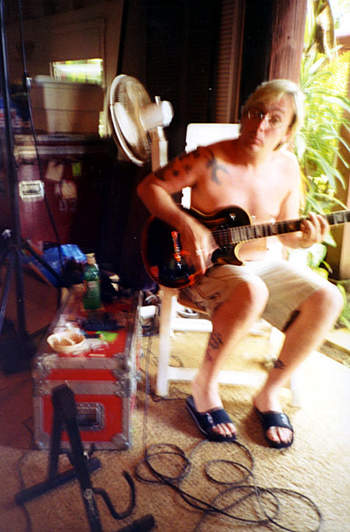 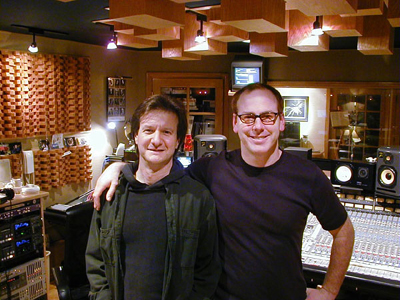 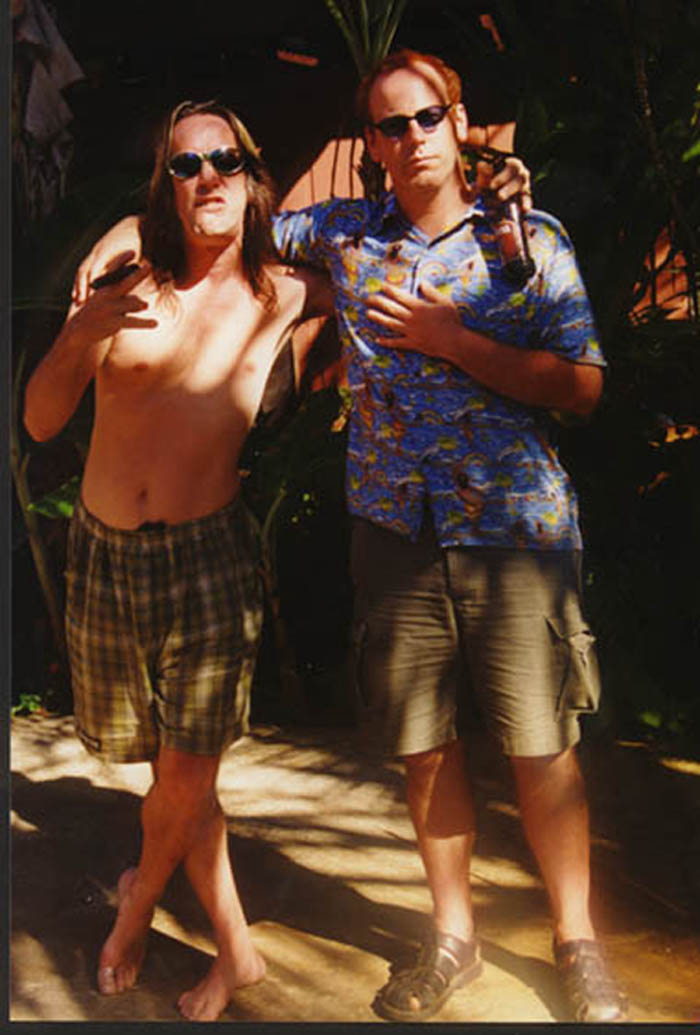 Jay and Greg had planned on The New America being the 20th anniversary album, so Jay proposed: "We have to call Brett!" If we're going to do this anniversary thing, he has to be part of it."[11]

Greg Graffin: "I wanted this album to be a sentimental favorite, and I knew I personally couldn't do that without including Brett."[12]

So The New America turned out to be the first record since Stranger Than Fiction on which Brett Gurewitz co-wrote and played on a song: Believe It.  At the time, he wasn’t exactly thrilled with the way things turned out. "Todd Rundgren was producing, and I don’t think his spin on it was what I would have done. I like a lot of stuff on that record, I just don’t like what happened with my song."

The success of Greg and Brett working together again on a song eventually resulted in the full involvement of Brett on the following record (The Process Of Belief).
Brett: "The following year, Greg [Graffin] and I were having lunch, and he said, ‘That was fun doing the song. What do you say we collaborate on a whole record together?’ I said, ‘That sounds like fun, but can I be involved as an equal creative participant? If I’m gonna write half the songs and we’re really gonna collaborate intensively, I’d like to be involved in the playing, the recording, and the arranging.’"

If one bought the album during the first week in the US, he/she got a free ticket to one of the shows in the fall (you had to have a shrink wrap or merchandise slip from the album and the receipt sent in, and state which show you wanted to attend).

The first single (New America) included two unreleased tracks: Pretenders and Lose As Directed. The second single was I Love My Computer (with A Whisper In Time).

Two sets of demos exist. The first and earlier set consists of the following songs that were recorded by Greg at his home studio:

Also The second set of 12 songs was recorded at Greg's home studio, but this time with Brian, Bobby and Graffin (on bass).:

A sampler CD was sent out by Epic-Germany titled "Four Tracks from Promise Land" in early 2000, as "Promise Land" was the original working title for the album. The sampler included "It's a Long Way to the Promise Land," "New America," "Whisper in Time," and "I Love My Computer." [14]

Brian Baker: "Some of the song on this record are fantastic. And we definitely will be playing songs off of The New America. Luckily the dealings of the production team didn't have any effect on the songwriting."[15]

At some Warped shows in 2000, Fat Mike of NOFX said he thought the album sucked.

Recording The New America has been one of the most controversial experiences for Bad Religion, and in particular their experience with producer Todd Rundgren. Although Greg Graffin has been a long-time fan of Tod Rundgren and says to have enjoyed Rundgren and the studio time with him, other band members have quite a different opinion.

Greg Graffin: "Actually, the other guys said he was a total dick. I actually had a great time recording. I haven't talked to him since because he lives in Hawaii."[16]

Around the release of The New America, no one said anything bad about The New America and their experience with Todd Rundgren, but after some time (when promotion for The Process Of Belief began) they opened up in interviews. This experience is probably one of the reasons the band member don't hold this album in high regard and (almost) never play songs off of it.

Jay compared The New America to American Lesion but with better musicians.[17]

There are two different covers, one for the European, and one for the American release. The first painting by Joe Murray, showing children saluting the flag and holding guns, was rejected by Atlantic Records for being too controversial and therefore ended up on the European version. The American one with the helicopters was also used as a backdrop for the tour.

A preliminary cover layout was first shown on www.badreligion.com in March 2000[18]. A different font was used for the Bad Religion logo. 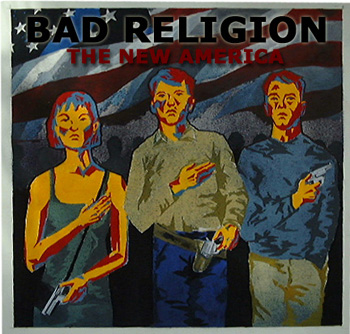