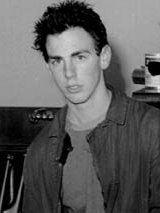 On November 6th, 1964, Gregory Walter Graffin III, a child of academic parents, was born in Madison, Wisconsin. Before moving to Racine, Wisconsin his parents Walter and Marcella spent some years in Evanston, Illinois. At the age of seven he moved, when his parents divorced, together with his mother and his brother Grant to Milwaukee to stay there the following four years. In 1976 they moved again, this time to San Fernando Valley.

In Los Angeles Greg went to Hale Junior High School and later on to El Camino Real High School where he met Jay Ziskrout and Jay Bentley. At the age of fifteen Greg discovered punk music and decided to start a band. Meanwhile, Greg continued studying even though he also had to tour with Bad Religion. In 1983 he planned to move to Wisconsin to get instate-tuition in Madison, but eventually had to move back to Los Angeles as he wasn’t allowed to take part in the academic program as a non-Wisconsin resident. Instead he enrolled at the University of California, Los Angeles (UCLA) where he got his Bachelor of Arts in biology and a Bachelor of Science in Geology. In 1987 he received his Master of Science in Geology before doing some field work in North, Central and South America. After the release of Against The Grain in 1990, Greg moved to Ithaca, New York, to do a Ph.D. program in evolutionary biology at Cornell University. Between 1990 and 2003 Greg taught, as part of the Ph.D. program, an undergraduate course in Comparative Anatomy.  Besides that he also worked as teaching assistant in the biology department. 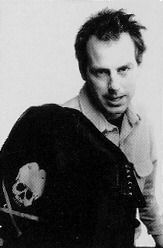 In 1988 he married Greta Maurer whom he had met in a class called ‘The Intellectual History of the US.’ Together with their children, Graham (born in 1992) and Ella June (born in 1994) they lived in Ithaca until their divorce in 1996. In 1997 Greg released his first solo project named American Lesion. The lyrics on American Lesion are unlike the average Bad Religion lyrics more personal and sentimental as the record was written during his divorce. At Cornell University he finished his Ph.D. program successfully and received his Ph.D. in Evolutionary Biology (although he often says he’s a doctor of Zoology). In 2003 he published his dissertation entitled "Monism, Atheism and the Naturalist Worldview: Perspectives from Evolutionary Biology."

During the winter or fall quarters of each academic year Greg can be found at UCLA where he teaches life sciences. In 2006 Greg released his second solo album called Cold As The Clay. It was released on Anti-, a part of Epitaph Records, and produced by fellow band member and friend Brett Gurewitz. In contrast to American Lesion this album has a folk-sound and features some old American songs. The same year, a book called 'Is Belief in God, Good, Bad or Irrelevant?: A Professor and a Punk Rocker Discuss Science, Religion, Naturalism & Christianity' was published by Preston Jones, a history professor from a Christian University. The book features an email correspondence between Jones and Greg Graffin, in which the two discuss their views on several scientific and religious topics. 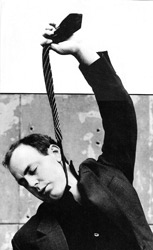 On April 26, 2008, Greg received the Harvard Secular Society's Outstanding Lifetime Achievement Award in Cultural Humanism; an award intended to honor a humanist or atheist who has made a lasting impact on American culture. Greg still lives in Ithaca where he spends most of the time together with his children and his wife Allison Kleinheinz, whom he married in July 2008. In 2008 Greg’s son Graham Graffin followed his father and revealed his own punk band called The Rolemodels. The band is headquartered in their hometown Ithaca, New York and their sound is much like the early Bad Religion sound. The band has recorded some demos and they can occasionally be found on stage in the Ithaca area.

In 2010 Greg will publish a new book called Anarchy Evolution. This book will be published by HarperStudio and it will touch upon subjects as naturalism, science, faith and art. Until then, Greg will be busy with teaching at UCLA and writing new material for the upcoming fifteenth release which is planned to be out in 2010.