Tim Gallegos | The band | The Bad Religion Page - Since 1995
Quote of the day: "No Bad Religion song can make your life complete" - No Direction
Tim Gallegos
Home > The band > Tim Gallegos
Tim Gallegos, born in 1960 in California, was a former bassist of L.A.'s Wasted Youth. He joined Bad Religion in January or February 1984 after Greg Graffin decided to resurrect the band. Together with Greg Graffin, Pete Finestone and Greg Hetson, Tim recorded the Back To The Known EP in 1985. He played a couple of shows before he left the band in April 1986.
Nowadays, Tim lives in Hermosa Beach, California, where he likes to attend punk shows and tell stories about his early punk years. In June 2011 he appeared on stage with punk band Circle One to play two Wasted Youth songs on the Gnarmageddon Fest. A second performance with Circle One took place in February 2012 at the Cathay de Grande Reunion Extravaganza. 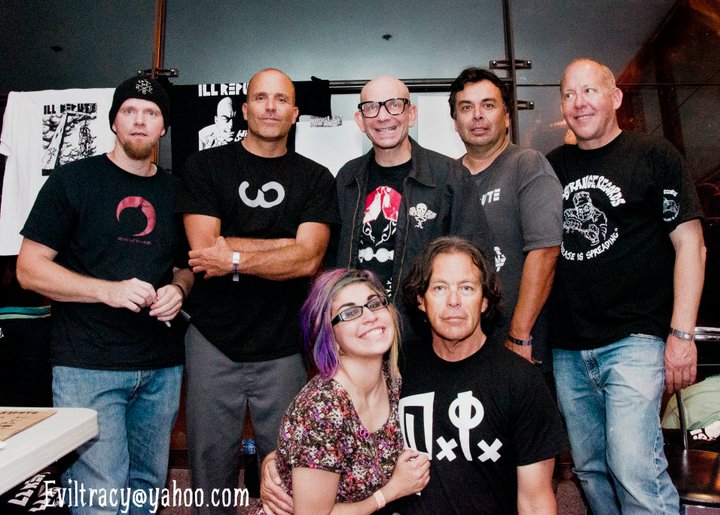