Born in 1964 in Santa Cruz, California, Keith “Lucky” Lehrer started to play drums at the age of nine. His very first band was the Elementary School Orchestra in which he played the snare drum. In the sixth grade, Lucky played for the first time in a rock band. However, the band did not have a name and they only played one song. In Junior High he was thrown out of the Junior High School Band, but he continued to play the drums. When Lucky went to the University High School he joined the jazz band. Besides the jazz band, he also had a band together with Paul Roessler, who later became part of the seminal L.A. punk band The Screamers and Nina Hagen. (1)

After graduating High School Lucky went to the University of California, Santa Cruz (UCSC) where he followed a minor in music. In the early 1980s Lucky played for a short period together with his brother Chett Lehrer, who was guitarist, in Wasted Youth ( also called L.A.’s Wasted Youth). It was Chett who introduced Lucky to Greg Hetson, guitarist in Los Angeles punk band Red Cross. (1) By the end of 1979, Red Cross (which was later renamed as Redd Kross) was looking for a drummer. Greg Hetson thought that Lucky would be a great candidate and invited him for a try-out. But the other Red Cross members did not agree. In their opinion, Lucky was too New Wave because of his “pink and black shirts, wraparound shades and his mirrored Devo button.” (2)

Lucky didn’t stay long in the band and when Hetson decided to leave Red Cross and Keith Morris left the famous hardcore band Black Flag, the trio formed a new band with Roger Rogerson from The Terminals on bass. (2)
In 1979 The Bedwetters were formed in Hermosa Beach, California. However, Lucky wasn’t very happy with the name, so they agreed on taking another name. It was Keith Morris who blindly stabbed his finger in a Dictionary of Slang Words. As a result the new name became Circle Jerks. Their first show was as the opening band for The Germs at the King’s Palace in Hollywood, California.(3) 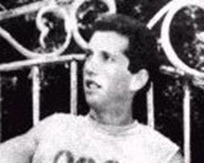 When The Germs broke up in vocalist Darby Crash and guitarist Pat Smear founded the Darby Crash Band. The night of their first sold-out live show, Darby kicked out their drummer during the rehearsal. With no rehearsal at all, but knowing how to drum most of the Germs songs, Lucky filled in. However, the Darby Crash Band was soon disbanded and after one reunion show with The Germs, Darby Crash committed suicide on December 7, 1980. (5)
That same year, 1980, Lucky was invited by Rodney Bingenheimer onto his radio show called Rodney On The Roq at KROQ. During this show, Lucky took the opportunity to introduce the San Fernando Valley scene to local punk band Bad Religion. In the following weeks, the tape got quite some air play on KROQ, and Bad Religion soon became a big name in the scene. In the early eighties Lucky showed his drum skills to some of his pupils. One of them was roadie Pete Finestone, who wanted to join Bad Religion to replace their former drummer Jay Ziskrout. Pete, however, didn’t know much about drumming; he couldn’t even hold the sticks properly at that time. Lucky managed to teach Pete some basic riffs before he joined the band in 1982. 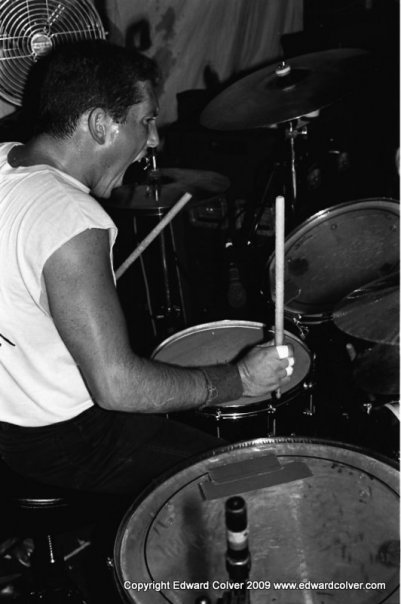 In 1982, Lucky left the Circle Jerks as he was going to law school. However, according to Keith Morris, Lucky didn’t leave, but he was kicked out of the band. At that time the band had the opportunity to record an album in England, but Lucky’s plans seemed to be a burden, therefore they decided to move on without him. (4) Lucky eventually graduated and joined his father's law company.

When Bad Religion did a ten-day tour along the East Coast for the very first time in 1986, drummer Pete Finestone left the band to move to England. Lucky decided to help the band by taking place behind the drum kit during that tour. Together with the band, he traveled in a VW van with broken windows. They did not particularly enjoy this tour because of the frozen cold temperatures. In 1987 Lucky was replaced by Pete, as he wanted to play the drums for Bad Religion again. By 1990 Bad Religion needed a new drummer after Pete’s departure. Once again, a former student of Lucky, Bobby Schayer, became their newest member.

After being in many punk bands, Lucky went back to his roots in 2006 by playing in various jazz bands. Because of his jazz training in high school, Lucky is often remembered as a talented drummer. He was one of the few drummers in the punk scene who could read music and drum so fast that he couldn’t hardly be matched. He was also voted as best punk drummer of all time by Flipside, the Los Angeles punk rock fanzine.
His last appearance in the punk scene was in the punk documentary American Hardcore in 2006. This was his third time appearing in documentary after The Decline of Western Civilization and The Slog Movie, which were both released in 1981.

In the past years Lucky has become a businessman; he owns, together with his brother Chett, a company specialized in (sun)glasses located in Chatsworth, California. Lucky still lives in Southern California.