Brett Gurewitz was born on May 12, 1962 in Los Angeles, California. He was brought up Jewish and grew up in Woodland Hills, a suburb of the San Fernando Valley. Brett went to El Camino High School where he met Greg Graffin, Jay Ziskrout and Jay Bentley. In 1980 the quartet founded Bad Religion and started to write songs. It was Brett’s father, Richard “Dick” Gurewitz, who financed the first album with a $1,000 loan. The record was released by Epitaph Records, a label founded by Brett and Greg Graffin. Brett became the owner of the label, but he also started to work for another label, Chameleon, when he dropped out of high school. Brett often stated that he had formed his own label so that he wouldn’t have to get a ‘crappy nine-to-five office job’. He promised himself that if the first release didn’t work out well, he would go and get himself a proper job. (1)

However, in 1982 Brett had developed a drug addiction and to get money for drugs he did another pressing of How Could Hell Be Any Worse without the rest of the band knowing it. He then sold the records to Chameleon and never accounted for the money.
The second album Into The Unknown wasn’t received very well and Brett decided to leave the band. He was also forced to disband Epitaph as it was bankrupt. At that time he lived together with his girlfriend Suzy Shaw who worked at the Bomp label. Brett also worked at the Bomp warehouse, so when all 10,000 copies of Into The Unknown were returned, they decided to store them in the warehouse. After some time the band found out that Suzy had sold almost all copies without telling them. Only 300 copies were left, although Suzy claimed to have sold only 2,000. In 1985, Brett released a five track album at Epitaph named The Seeing Eye Gods. It was put out as a 12 inch picture disc and Brett composed, recorded, engineered and produced it all alone using his nickname Billy Pilgrim.

By 1987 Brett rejoined Bad Religion again when he had to stand in during a show as Greg Hetson was on tour with the Circle Jerks. The same year, Brett set up together with Donnell Cameron a studio called West Beach Recorders, which later became the new home of the revived Epitaph Records. In 1989 Brett married his wife Maggie. In 1991 their first child Maxwell Edison (named after the Beatles’ “Maxwell Silver Hammer”) was born, followed in 1994 by Freida, named after Brett’s mother. The same year Brett decided to leave Bad Religion to fully concentrate on his label because of the rising popularity of the Offspring. A second reason was the tensions between him and some other band members – especially with Jay – that had led to some hideous fights. He played his last show with the band on July 30, 1994.

The unexpected success of the Offspring’s ‘Smash’ had such a great impact on both Epitaph as on his own life. He wasn’t prepared for it and being in the position of having authority and wealth – something that couldn’t get along with his punk rock ideas – was a tremendous shock. Gradually Brett started to crumble as he sought refuge in heroin. (1) He and Maggie divorced in 1995 and after a while he got into a relationship with longtime good friend Gina Davis, who also worked at Epitaph Records.

After his departure from Bad Religion his personal output as a prolific musician was a two track CD with a project called The Daredevils in 1996. Though he had planned to write and record a whole album, the downward spiral of drug addiction kept him from finishing the writing of the songs. (1) The following years Brett went to rehab several times, but also got arrested for drug possession. Eventually, after an overdose, he was arrested once again. This time he was caught with 14 balloons of heroin, which left him, briefly, in jail. However, Brett’s convinced that this experience has saved his life and forced him to get serious about getting clean. After the arrest, Brett went into a court-ordered rehab center called Impact in Arizona. (2)

After the rehab Brett managed to stay clean. In 2000 he joined Bad Religion to co-write and play the guitar on the track Believe It of their new album The New America. But it was not until 2001 before he returned to become Bad Religion’s sixth member. Since his return Brett never quit working at Epitaph, which has evolved into one of the biggest independent labels in the world. Therefore it is impossible for him to go on tour with the band; he will only play shows in the Southern California area. However, in 2003 Brett had some time left to work on an electro-punk project called Error together with the brothers Atticus and Leopold Ross and Greg Puciato. The self-titled EP was released on Epitaph in 2004. (3) 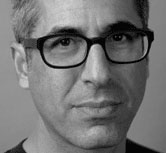 In 2004, just before the release of the thirteenth album The Empire Strikes First, Brett and Gina married. One of the tracks that appeared on their mix tape to the wedding was Infected, which tells the story about the turbulent relationship between them during the nineties. (4) On July 4th, 2009, Brett and Gina's daughter Nico Moon Celeste Gurewitz was born.
Currently, in 2009, Brett has been signing some major bands on Epitaph such as New Found Glory and Thursday. Besides that, he is also involved with writing new material for Bad Religion’s fifteenth studio album which is planned to be released in 2010.