An interview with Paul Dedona
... Bad Religion bassplayer of "Into The Unknown"
by Michael Murphy 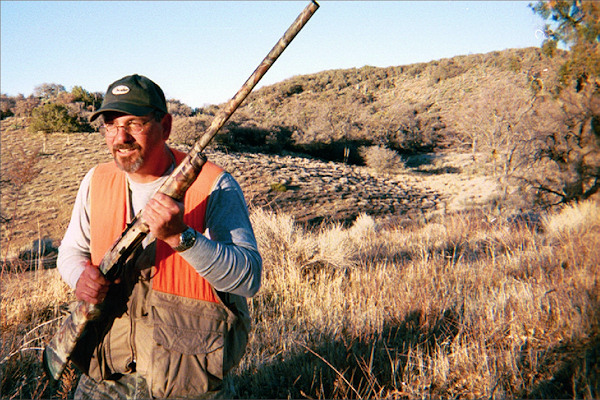 M: Paul, How did you come to join Bad Religion for 'Into The Unknown'?

P: Brett was friends with the lead singer in a band I was in and one night he came to see us play at the Bla Bla Cafe in Studio City, CA. I remember I got us into trouble for playing too loud (it was a real sissy club). Then a few months later I met Brett at a party at the singers house to see the last concert by The Who on pay per view. Then a few months later the singer called me and said that Brett wanted me to play on Bad Religion's next album. I said who is Bad Religion? I had hair down to the middle of my back and didn't know much about punk. A few months later we were in the studio and a few months after that I was told that the band had broken up and I never saw Brett again. The whole experience only lasted about 6 months.

M: There are some quite varied opinions on the records, I actually think it's great! How did you feel about the record as a whole?

P: I am kind of disgraced by my participation. I didn't put much into it. For some reason it never dawned on me that an album would actually come out. Valley Boy players like me were never supposed to make it out of the garage. I feel like I really let Brett down because I didn't really excell. I remember we were practicing The Dichotomy for a gig at the Country Club (which ended up getting cancelled by the owners due to fear of vandalism and anarchy in Reseda) and we did some pretty good improvising and jamming at the end. Brett said "To bad you guys couldn't have played like that on the album." I wanted to blow my fucking head off! He gave me chance and that is how I thanked him, by just licking the promise. If you listen to my bass lines they are mostly just root position and very purile. Who knows, maybe they would have gotten signed to Capitol 20 years ago if Jay had played on it instead of me.

M: Where you a fan of 'Bad Religion' before you joined to play on I.T.U?

P: I had never heard of Bad Religion before I met Brett. One of my best drinking buddies at the time was Todd Homer, the bass player for the Angry Samoans. Boy did he blow when he heard I got mixed up with BR because I was a hippy, not a punk.

M: There have been alot of talks about officially re-releasing 'Into The Unknown', but not to much success, but then it's quite easy to get burned or original copies on the internet now, how would you feel about the album gettin' re-released?

P: I think Into The Unknown would have been re-released by now if it was going to happen. Most of the people who wanted to hear it already have and according to you if people want to hear it they can by using the internet, but some of the songwriting is excellent I think. The Dichotomy is a great BR song and Million Days is one of the best songs ever written anywhere by anybody ever. I was at the Anti-Club one night and Greg happened to be up on the stage with his 12 string and I gave him a lot of shit when he was done for not palying Million Days. The album does seem like the unwanted step child in the catalog though. I guess for good reason. I know I cringe when I hear myself play on Losing Generation.

M: What is your favorite Bad Religion record to date?

P: I am not familiar with BR's discography but I do remember liking the guitar solo on Going For A Walk. Was it played by Brian Baker? I was sure sorry to here about Bobby's health problems. His style was so smooth and clean I figured he went off to Nashville to do session work when he didn't show up on their last album. He is one hell of a drummer.

M: What other bands or artists have you been a part of musically?

P: Shortly after Into The Unknown I briefly played in a band called The Coz or The Cos or something like that with Greg Graffin, Davey Goldman (ITU) and Greg Hetson on guitar. I quit though because Greg G. kept telling me to turn my amp down. It just wasn't the same without Brett. He never told what to do ever and Greg and Davey always did. It was good to play with Greg Hetson. He was extremely experienced. I used to run into him in the clubs for years after that and we always chatted but I haven't talked to anybody else since 1983. I tried to stay in touch for a few years but never had much luck. I had my own band for several years after that called Lab Animals but we never got signed. Do you want to hear our Demo? I only have about a hundred tapes left! I also did some session work and played acoustic guitar and sang in a few folk duo's and trio's and I also played bass in a theatrical (sort of) act called Max Crystal that got a little press in the early 80's. I'm kind of lucky. I've played all the big clubs and I got to work with BR. Most musicians only come out of it all with nothing more than a kick in the head.

M: Do you continue to find time to play bass?

P: I still play a lot but I haven't performed in a while and it is driving me crazy. It's tough to stay mixed up in music when you have to get up everyday and put on a shirt and tie. I'm in sales and I hate it even though I have been very successful. I would like to play instrumental 60's style surf music. I live in Hermosa Beach but I don't surf.

M: Paul, who would you say is your biggest musical influence?

P: Jimi Hendrix is my biggest influence as an artist and performer. I tell all young people to listen to his music and you should too. My playing has been more musically influenced by drummers than bass players. My best friend Brady Lyman is a drummer (Lab Animals) and I've known him since I was 4 so I have been around drums all my life. Brady is probably my biggest musical influence but I think John Bonham and Mitch Mitchell had a big effect on me too. Billy Cox is the best bass player ever to walk the face of the earth but I also like John Paul Jones. I was really into Tom Peterson at the time of ITU but Gregg advised me not to play live with a pick with BR so all of the tracks are pickless, jazz style with my fingers. I guess it's finally OK to play bass in a punk band with a pick now thanks to the guy in Green Day.

M: So, you hunt quail, how long have you been into hunting generally?

P: I hunt wild quail here in California because there are so many of them and they are such good eating. I also hunt wild pigs on the Central Coast, antelpoe in Wyoming and I want get an elk and learn to hunt turkeys. Some day soon I need to hunt Africa before the fucking place self destructs. I only got into hunting a few years ago but I am really hooked. It is the most exciting, stimulating, and challenging thing I have ever done. It keeps me in shape physically and especially mentally and it really sharpens my life skills. Us hunters need to hunt all we can now because some day soon it will all be illegal everywhere, even in the USA. I hear the pheasnt hunting in Scotland is excellent.

Special thanks to Mr. Paul Dedona for agreeing to the Interview!

Search Media
Quick links
Display everything from:
1980-1984 | 1985-1989
1990-1994 | 1995-1999
2000-2004 | 2005-2009
2010-2014 | 2015-Today
The Bad Times newsletter
TheBRPage & BRML exclusives
Legal
The Bad Religion Page is aware that some magazines and websites do not desire their material to be published. They have their reasons and they are valid. If you are an editor and see something on this site you wish taken down, please contact us at contact@thebrpage.net. Our intent is just preserve and archive these historical publications. No money is made off of this and no copyright is claimed by The Bad Religion Page.
Latest updates