Font | The Answer | The Bad Religion Page - Since 1995
Quote of the day: "Pure hearts race on a crystal night. Everybody, grab a torch to light." - The Kids are Alt-Right
Font
Home > The Answer > Font
Join discussions about this article in our Group on Facebook

The font style used in BR's logo is called Friz Quadrata (bold) and was designed by Vic Caruso for Visual Graphics Corp. in 1974 after the Ernst Friz original of 1965.

A font style that comes really close is Anticlaire, which, in contrary to Friz Quadrata, is freely available.

In 2001 a font collection by Killer Fonts called 'The Bad Religion Font Collection' was promoted on badreligion.com. It contained 'armageddon', 'gregonios' light and bold, 'suffer' and 'leonardi da vinci'. 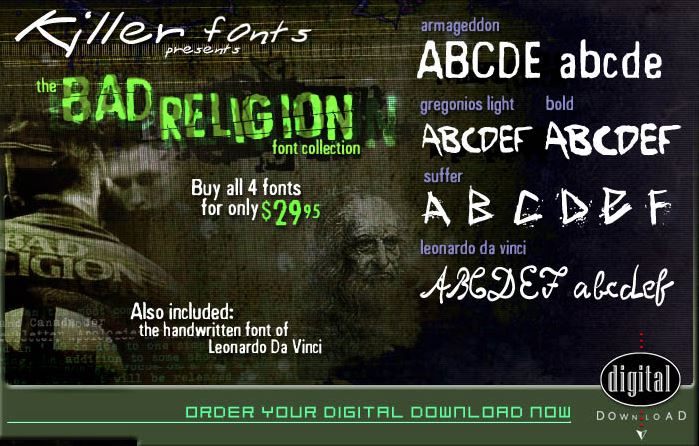