Greg: "I think Brett and I made a considerable effort this time to try to outdo The Process of Belief; we wanted to show people that that wasn’t just a fluke because Brett was coming back to the band, we were going back to Epitaph, we finished our major label play. It wasn’t a fluke, it was a spark of rejuvenation in the band and this is kind of a continued evidence."[1]

Brett: "I look forward to writing every record with a mixture of dread and anticipation, partially because when I sit down to write, I don’t if I’ll be able to write something good. I’ve been very fortunate that I usually can crank out a couple of tunes that I think are decent----that kind of takes the pressure off me and I can relax and write. The first song I wrote for this year that I thought was pretty decent was “All There Is.” That’s one of my favorites. The first song I wrote on Process was “Sorrow.” It’s very weird, because as a writer----just the writing process itself----is very un-Bad Religion, because it’s very irrational. For me, it’s like I have to put myself in a vulnerable limbo to create a good song. That’s the spiritual writing process."[2]

The album was recorded at Sound City Studios in Van Nuys, CA from November 2003 until February 2004.

Jay: "Well, we thought how funny it would be to make Graffin wear a Darth Vader costume all year, and Hetson kind of looks like Yoda (not Eva), so...
It's simply a matter of considering ourselves (USA) the empire, which we are, and the fact that we have a song title of the same, and that we all knew what that meant, and that we all agreed with it. Most of our album titles come from track listings and we talk about the meaning of the song as it pertains to the feeling in general of the band / record. There have been a few documents with that title, and we all agreed that it fit the band's collective feelings on the state of man, and the state of the planet at this time..."

Brett Gurewitz: "The Bush Doctrine of preemptive war is probably the darkest political event that I’ve witnessed in my lifetime. The U.S. had always been the good guy, even though the history of our nation is rife with all sorts of atrocities. The idea that we would strike out and invade a country on a spurious pretext crushed me to the core. Even though we’re known as a political band, we hadn’t been in the habit of making topical records, but we couldn’t help ourselves that time."[3]

The following photo was taken on Hollywood blvd: 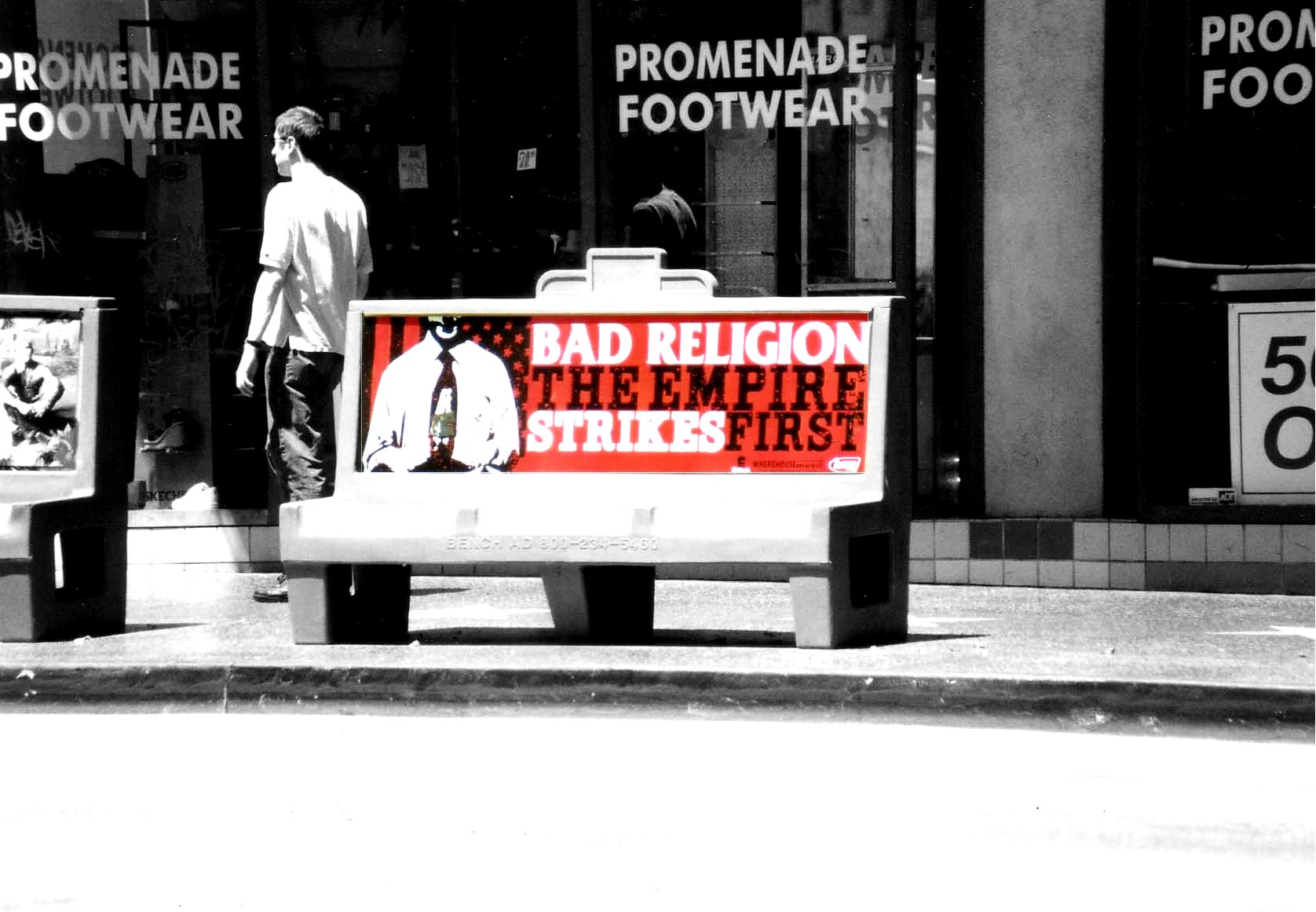