"The record is more experimental, because we’re playing around with tempo, tones, keys and instrumentation. It really showcases the band’s evolution."[1]

To record his bass tracks, Jay used a Hiwatt SA212 combo into an Electro-Voice EVM12L speaker mounted in in a KK Audio closed back cabinet. The same method was used on all albums from Suffer through No Substance, except Against The Grain.

Brooks on recording The Dissent of Man:

"This record was done very fast. There was barely any preproduction, where we normally go in for two weeks as a band just to work out arrangements. With the time constraints we had, a lot of my parts were created on the fly, where I would do four passes of a song and just mold my part that way. My playing was very instinctual on this record."[3]

"The main left and right rhythms were done with two heads into two 4x12 speaker cabs. I used a guitar splitter to run multiple amps—it handles up to six heads—but on this record we only used two heads per track. For amps we used Riveras, Marshalls, ENGLs, old Peaveys, or Ampegs. We also had a brand new EVH amp that Brett liked so much he started endorsing them. This amp was used as the middle guitar sound on everything—a single rhythm guitar track in the center. There were usually two mics on each cabinet, and they would be bussed down to a single track in Pro Tools. I mostly used Neve mic pres, although there was some Electrodyne and Quad Eight stuff as well."[4]

"We chose the title because it typifies what we are going for. Charles Darwin wrote about evolution and his most famous book was the Descent of Man and he spelled it d-e-s-c-e-n-t , descent. You can also spell it d-i-s-s-e-n-t, and that is kind of what Bad Religion- and not just us, but the whole punk scene- has been about for the last 30 years. We thought it was a really good way to exemplify Bad Religion’s evolution over the last 30 years and also to put a play on words with some famous, evolutionary literature. (...)
It is not a concept album, and it is important to remember that. It is an album where we tried to address some of our ideas where we appreciate and acknowledge our place in the punk scene being “elder statesman.”"[5]

The picture of the man on the front cover appears to have already been used before on Against All Authority's 2006 release "The Restoration Of Chaos & Order". 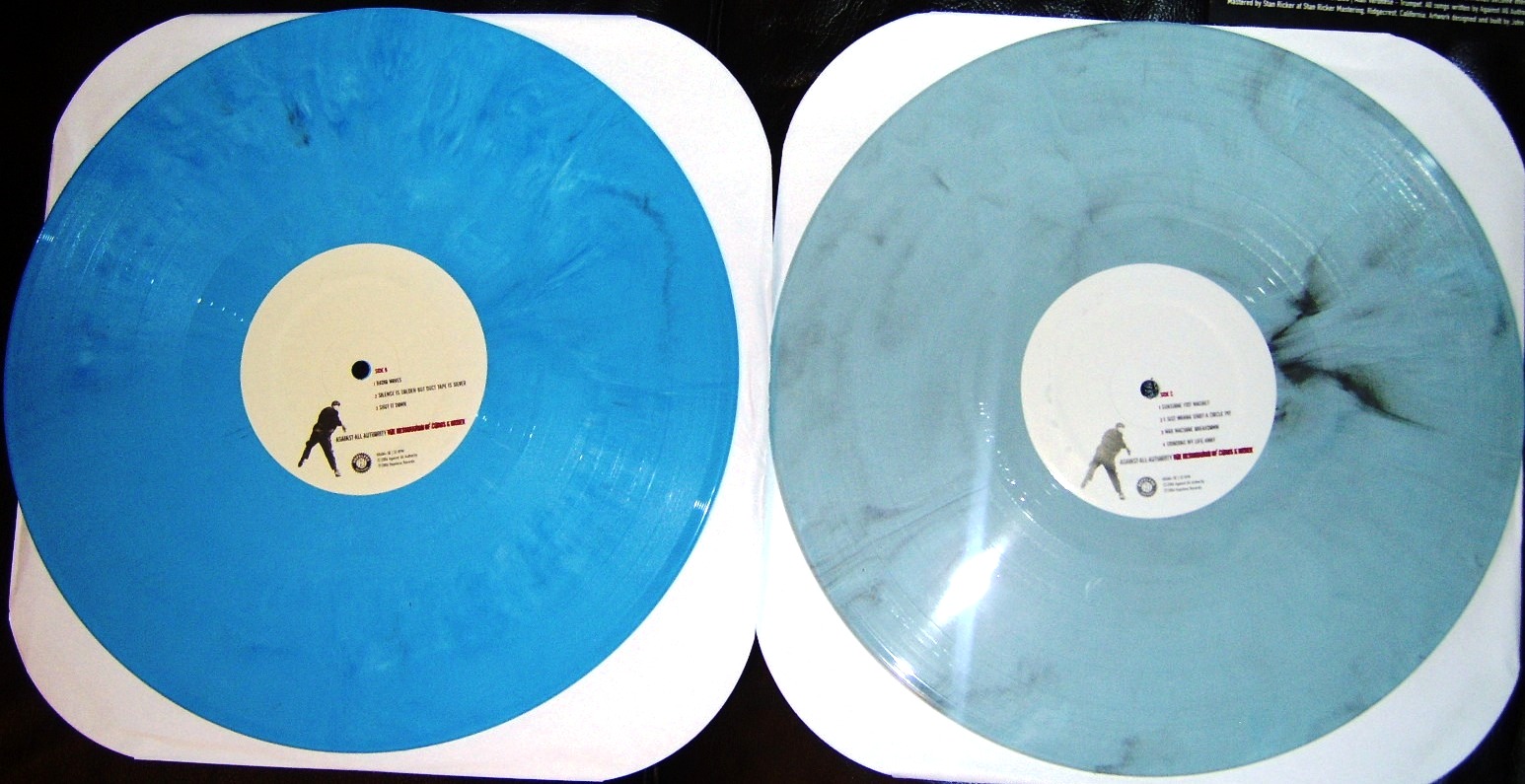