You know how it goes. With a new album out, band members start doing interviews by the dozen. Lucky for you (and in Brett's own words describing the approach for True North) we "carve off the fat", save you some time and present you right away with the highlights!

By the way, don't forget Bad Religion will be tonight on Late Night with Jimmy Fallon on NBC at 12:35 am Eastern/11:35 pm Central.

_______________________________________________________________________________________________________
So last week it was Greg who spoke with LA Weekly before the first show of the tour.
"There are universal truths we talk about on all of our albums. Me and Brett Gurewitz were nerdy teenage kids that were interested in science and philosophy. We wanted to incorporate metaphors from those fields into songs at a very young age. It became a trademark of the band."
"Those are things that you can talk about into your old age. They will always be relevant. Ultimately, we are a punk rock band interested in entertainment. But entertainment can also be inspiring, and eye-opening. It's not hard for me to say that music is my life. But we've always desired for something more out of life than just punk rock."
"True North reflects the idea that as young people, we set out on this plan that our parents gave us (...) You can look at a map as a metaphor for this plan. Every map has a legend with an arrow that points to true north. But when you go out into the field with a compass, your needle is always pointing to magnetic north, which does not match exactly to true north. What we experience in life is truly our own experience, and it's significantly different from the course that the map sent us out on. That is the journey of not only every young punk rocker. It's the journey of every human being that doesn't throw in the towel and stop living. We're always searching for our own sense of true north."
The guys at LA Weekly were so amazed at Greg's wisdom that they posted a second part the following day where he touches upon more philosophical stuff, "free will" in particular, which he also brought up previously in this other great interview with The Quietus from early January while discussing the end of days from an evolutionary biologist's perspective.
_______________________________________________________________________________________________________
Rolling Stone sat down with Brett at his home for an interesting Q&A in which he sheds more light on the writing process for True North, as well as the meaning behind some of the new songs:
"Greg and I get together before the writing, either on the phone or in person, and talk about what kind of record to make. He usually defers to me cause I'm still in music, in that world, and he's really far from it; he's really an academic now. We talk about it and then we go off and do it. Then usually I send him two or three songs, he sends me two or three songs, and then from there we finish the record and meet in the studio."
"They were written as stripped-down and then we said, "What can we take down more?" Sometimes you want to be effusive. I like that and I've been that way with my lyrics in the past. But it wasn't what we did when we started out and punk, in the beginning, was really a reaction to self-indulgence and dissipation, which was the prog rock and the disco of the Seventies. And so it was a return to Chuck Berry, but turned to 11. What inspired it was the new Tom Waits record, Bad as Me. The last few records, he would have a song with 12 verses in it. It'd be beautiful, lyrical and narrative. But he and Kathleen [Brennan, Waits' wife and frequent cowriter] told me this year, "We're gonna write two- and three-minute songs; we're gonna make a record with 12 three-minute songs." And I didn't really  think he could do it, but I thought, "All right, if you really do that, that's gonna be awesome." He did it and it was my favorite of his records in awhile; I loved it. So I said, "All right, if he can do a record of three-minute songs, I'm gonna do a record of one-minute songs." So I told Greg, "We should do this. It worked for Tom and I think it will really light a fire under us." And Greg loved the idea; I feel like his writing flourished. It's his best writing in 10 years. He wrote my favorite song on the record, which is "True North.""
"I think there's a longing in the record, even though it's an aggressive punk record, so that might sound funny, but that's what emerged for me. "Dharma and the Bomb" is a longing for sanity, "Vanity" is a longing to have a place in the universe, "True North" – which is one of Greg's wonderful songs – I think is a longing to be accepted by his eldest son. The song is about a young punk seeking his own truth, but that young punk is somebody – I think it's both Greg and his son. So there's a lot of yearning, there's some longing in there and I think in the theme of greed, there's even a longing there for civility and humanity. We've always really been humanists, we've always believed in mankind, in humanism and we've always felt there was something uplifting and searching in our music. And I think that emerges in our record."
When asked about musical influences, he mentions Elton John amongst others and finally getting to meet him a few weeks before. 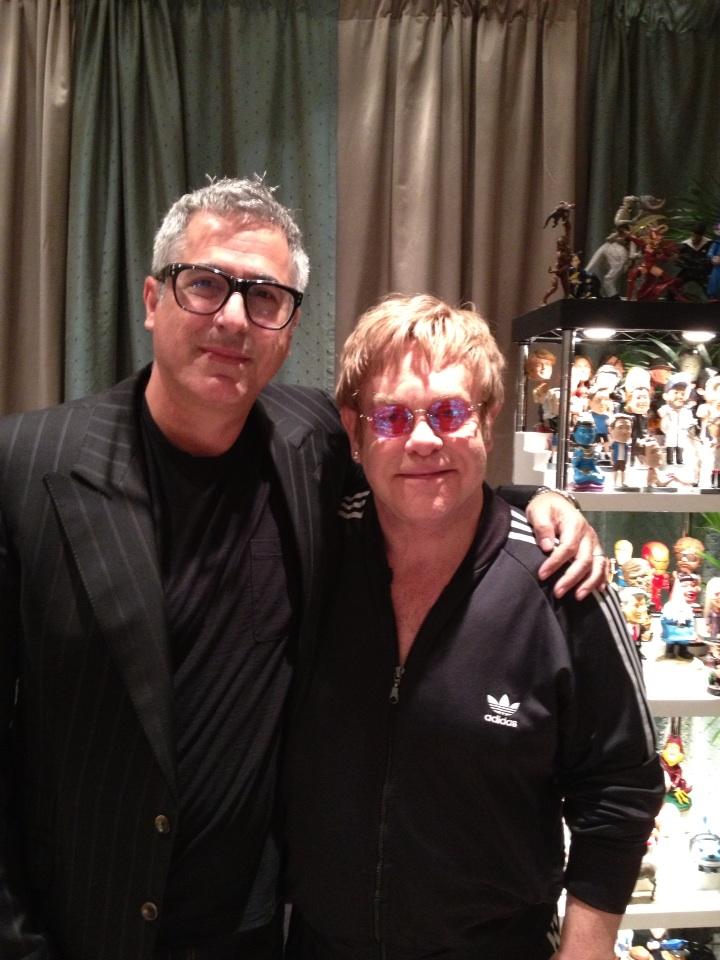