Minor League news #4 | The Bad Religion Page - Since 1995
Quote of the day: "She was living on the edge of a knife. His head was filled with restless ghosts. It's so easy to love a bringer of destruction. She said, "Darling I love you madly"." - The Devil in Stitches
Minor League news #4
Home > News from the front
Join discussions about this news in our Group on Facebook

The website DingLife now offers customized Bad Religion covers for Cell Phones, iPods, laptops and even Nintendo Wii's and WiiMotes! "Dings" are basically just skin decals that you stick onto your device(s). They have lots of other junk but the Bad Religion stuff is really cool.

Thanks to Sean Christian for reporting this.

Bad Times was an occasional newsletter that was sent to those fans who have written to BR. They've been keeping track of all mail addresses since 1986. This newsletter was their way of communicating with fans. Bad Times was published on www.badreligion.com (when it was still a proper site and not a cookie cutter MySpace page) and for the most part was written by the band itself. Especially Greg Graffin.
Bad Times is also called "The official occasional newsletter of Bad Religion".

"It is intended to provide BR fans with some insight into what's happening with Jay, Greg, Brett, Greg H., and Bobby from time to time as well as give advanced notice of tour cities, offer special merchandise at reduced rates, perhaps even special ticket advances and passes to shows." - Issue #1, Summer 1994

We managed to dig up these old issues and placed them here on The Bad Religion Page for everyone to read and to enjoy. Once the "Media" section on this site will be live it will contain articles, interviews, reviews, etc... but also the Bad Times will become part of that archive. But for the time being Bad Times will be the only thing to see in the "Media" section.
Among the many show and tour reports you'll also encounter announcements such as Brett leaving the band and Bobby's shoulder injury which ended his drumming career.
Several issues also contain essays and a lecture written by Greg Graffin.

Warning: Once you start reading you won't be able to stop!

Read them all right here!

Essay on Stranger Than Fiction

One of our regular visitors, Warstub, has written a 2000 words essay on the song Stranger Than Fiction. It goes into some depth on each line or verse.
The following is an excerpt from it.

"It's the human condition of 'why the fuck is this like this?'" Gurewitz never gets the opportunity to answer this question or whether or not these writers are worthy of the label heroes within the short time span of the song. He does however load the lyrics up with images that describe the world from his point of view. His view seems to be very pessimistic and somewhat unrelenting. Just by asking the question "would I see a bunch of living dots spell the word stupidity?" he's implying that the answer is "yes I would!" After all, isn't that what he's done, actually stepped out of his own life, looked at the world and seen stupidity which he goes on to describe? Maybe there's sympathy for the drug addicts of the world having been one himself – why else would he mention children in a song about adults other than to show how the drug culture has affected the youth? His only conclusion seems to be that life sucks, and he then goes on to describe just how ("cheap shots", "pictures to shock"…). To Gurewitz truth really is stranger than fiction."

Very well done if I say so myself! We love to read stuff like this. Especially when good arguments are used. So if more people have written essays like this or would like to do so, they're more than welcome to get in touch with us so we can publish them here on The Bad Religion Page. Contact us at punk@thebrpage.net.

One of the more interesting pieces of information in the before mentioned Bad Times can be found in issue #8:

"NEW NON-FICTION BOOK REVEALS THE PAST AND PRESENT OF BAD RELIGION
In September of 1997, Jack Rabid, author and punk historian, began a comprehensive study of Bad Religion’s history and significance. Through tireless hours of interviews and reviews of past literature and media, he is now compiling the definitive work on Bad Religion. It is focusing on the history of the band and the mystery of how the band has continued to be relevant throughout its tenure. The book will be abundant with never-published photographs of the band through every era of its existence. From the earliest years as a Los Angeles garage band (from Canoga Park, just as Frank Zappa envisioned) to the most recent era as the leaders of the punk/hardcore music movement, this book will bring to life the intellectual depth and curious originality of Bad Religion. Hopefully, the book will be out by early 1999. We will keep you posted on its progress.

We are looking for more excellent quality photographs to include in the book. If you ever photographed the band at a show or other appearance, please contact (...) If we use the photograph you will receive some sort of compensation and, of course, photo credit."

As you may all be wondering now.... what the !@#$ happened to this initiative and why haven't we heard anything about it since this issue of Bad Times was published in April of 1998? Well, that's why we decided to contact Jack Rabid himself. In case you don't know who Jack is, visit his site or read about him and The Big Takeover magazine on wikipedia.

"i did indeed finish a few chapters in rough draft form. but i was working for greg, to be published on his polyterus imprint,
and he changed his mind and decided to seek a big established publisher. so i stopped writing, as the book would have to be much different for a more commercial publisher with a more general audience, and we would have had to rework our agreement between greg and i if i were writing for, say, simon and schuster than my friend greg, kind of like the difference between recording for your friend's indie label and having the project pitched to warner bros. instead.

sadly, though i wrote up a pretty decent proposal sheet that he took with him to meetings with some big publishers no one ever bit on it, and i had my hands full with big takeover, so i never restarted the work.

someone else inquired about getting the transcripts and posting them on the web, as a few of the 4-6 hour interviews with each member, and just about every former member (even the back to the known bassist! (Tim Gallegos, ed.)) were pretty fascinating. but i turned the request over to greg, and with reasonable reason, he prefers them not to be made public, as they are all pretty out of date now, and much has changed with the band since that no substance-recording era. and fair enough.

and since i was working for him, and he paid all my expenses, i consider him the rightful owner of those tapes and not me. so you'd have to secure his permission, not mine, in this instance.

ultimately i am hoping that someone else will write a book on them someday, and i can turn my tapes over to them with greg's blessing. but he would also have the say on that as well.

it's too bad, i worked pretty hard on it for a while, but it was also really fun and i enjoyed it so i have no regrets or unpleasantness over it. just sorry that some of the good stuff i got was never read by anyone but me!"

So there you have it. Now at least we know what happened. I guess the only thing we can do is hope for the best that none of the tapes and transcripts will be lost and that we will one day be able to read it. Either as a book or just the transcripts. 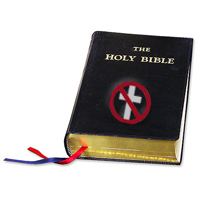 Reported by: Not specified
Tags: book, Bad Times, essay, Minor League
Add a comment
Please keep your comments on topic. Off-topic discussions can be continued in our forum.
You don't have to be logged in to add comments. However, to prevent impersonation it is recommended.
Click here to log in or register.
User comments (9)
Search news
Related news items